How to pre-register PUBG New State 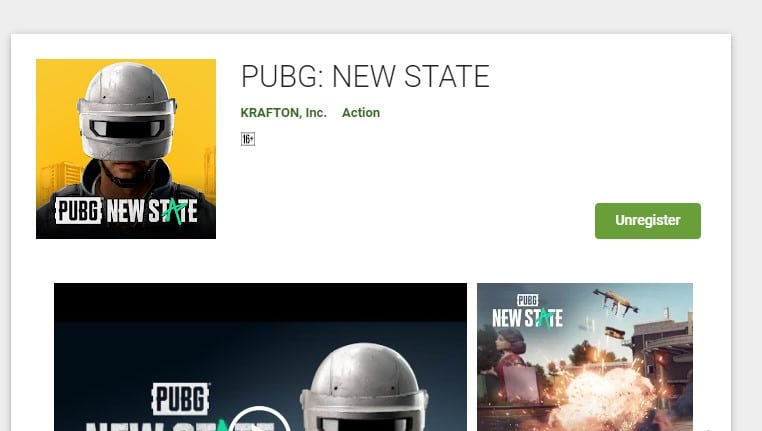 How to pre register for PUBG 2

How to pre-register PUBG New State – this is the latest viral question which is widely asked by mobile gamers because pubg announced the latest version of very famous and most realistic battle royal game,s latest version which is called,PUBG New State, as you can see by name this will be the next generation pubg mobile and much different from the current classic version of the game – according to the PUBG Official release partners which is now KRAFTON, Inc Latest Build will include the following upgrades

Using diverse weapons and tactics, 100 survivors will face off until only one player or team remains standing.
With an ever-shrinking Blue Zone, players must find weapons, vehicles, and consumables to gain the upper hand.
Only the strongest will emerge as the “”Lone Survivor”” in this epic showdown.

▶Realistic and Dynamic Gunplay
Enjoy realistic gunplay optimized for mobile gaming.
Master different weapons and make each of them your own with weapon customization.

▶ Next Generation Survival
Enjoy a variety of tools and features, including drones, combat rolls, and more.
Explore massive 8×8 km open worlds with a variety of vehicles.
Utilize a variety of weapons in order to swing the battle in your favor for a more immersive battle royale experience.

▶ Expanding the PUBG Universe
Set in the near future, years have passed since the original game. In 2051, anarchy rules as numerous factions battle each other.
The competition has evolved into a new battleground featuring state-of-the-art technology that requires survivors to adopt new tactics to survive-

How to Download and pre-register for PUBG MOBILE NEW STATE

It’s really easy you just have to click Here To Get Into official pubg 2.0 AKA pubg new state pre-register link

Now just click register and chose download when avail that’s it, for now, you will see the notification whenever in near future pubg new state will get an official release –