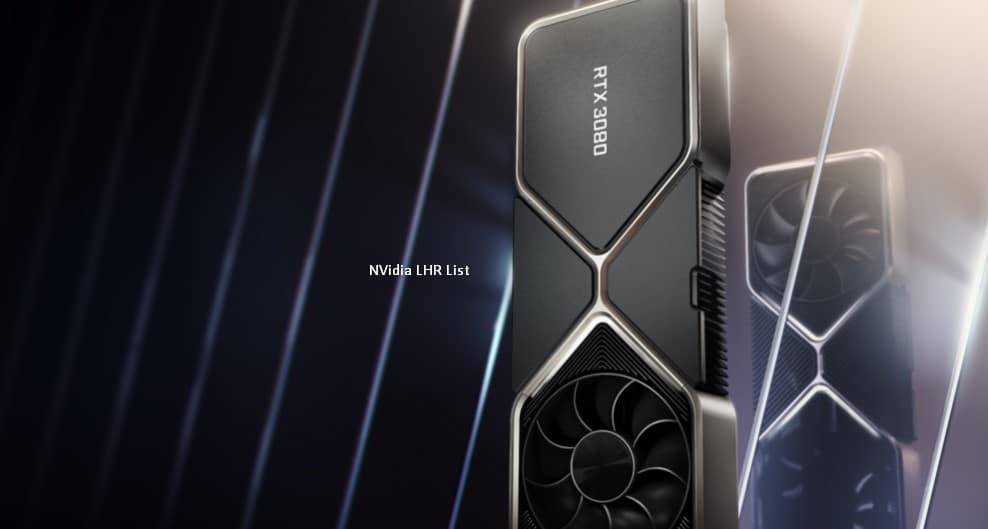 Nvidia LHR Graphics Cards Are Here with latest announcements that is now confirmed by official Nvidia blog here the last year Nvidia reduced the hash rate of Nvidia RTX 3060 so they are less desirable for miners now but despite that we all know still graphics cards from latest Nvidia series are very much rare to buy at original price tag like you cant buy a RTX 3060 at 350$ its almost getting sold at 1000$ in black market or amazon and many other market places varying by countries where you living now that scenario makes gamers so annoy and they are unable to upgrade their existing graphics cards so to fix that high demand or shortage or RTX series cards Nvidia took another bold step and this time according to official announcement now Almost all RTX latest series including RTX 3060 , Rtx 3070 , RTX 3080 will now get LHR or lite hash rate treatment which will decrease the hash rate of Ethereum mining And makes them less desirable for greedy miners most important things to note before getting to excited are below .

GeForce RTX 3080, RTX 3070, and RTX 3060 Ti graphics cards & 3060 are the currently confirmed Cards with LHR or lite hash rate enabled out of the box if you get them after May 2021 – so if you are a crypto miner then simply go for 3090 is the way to go – if you are plaining to buy new graphics cards by Nvidia then simply look at their boxes They should have LHR tag on their boxes or the vendor will let you know either the card is locked by lhr or not –

How to remove Lhr from Nvidia

How to Remove Nvidia LHR Restrictions